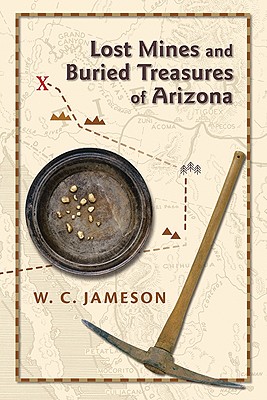 Arizona's history is liberally seasoned with legends of lost mines, buried treasures, and significant deposits of gold and silver. The famous Lost Dutchman Mine has lured treasure hunters for over a century into the remote, treacherous, and reportedly cursed Superstition Mountains east of Phoenix. Gold and silver bars discovered in Huachuca Canyon by a soldier stationed at nearby Fort Huachuca just before World War II remain inaccessible despite years of laborious attempts at recovery. Outside the town of Yucca, bandits eager to make a fast getaway buried a strongbox filled with gold, unaware they wouldn't survive the pursuit of a law-enforcing posse to recover their plunder. And somewhere in the Little Horn Mountains northeast of Yuma lies an elusive wash containing hundreds of odd gold-filled rocks.

Selected from hundreds of tales passed down from generation to generation since the days of the gold-seeking Spanish explorers, the tales included here are among the most compelling that Arizona has to offer.