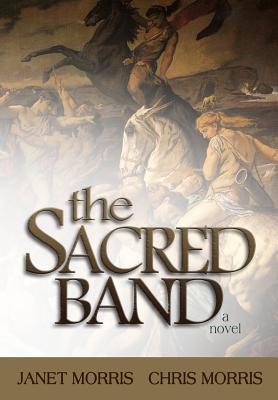 The Sacred Band of Thebes lives on, a world away, in this mythic epic of love in war in ancient times. In 338 BCE, during the Battle of Chaeronea that results in the massacre of the Sacred Band of Thebes, Tempus and his Stepson cavalry rescue twenty three pairs of Theban Sacred Banders, paired brothers and lovers, to fight on other days. These forty-six Thebans, whose bones will never lie in the mass grave that holds their two hundred and fifty-four brothers, join with the immortalized Tempus and his Sacred Band of Stepsons, consummate ancient cavalry fighters, to make new lives in a faraway land and fight the battle of their dreams where gods walk the earth, ghosts take the field, and the angry Fates demand their due.