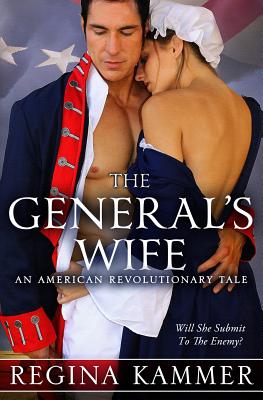 An English Lady and an American Patriot in a battle for her heart... Will she submit to the enemy?

Seduced into marriage, Lady Clara Hastings is forced to leave her beloved England for the uncivilized American colonies. As the War for Independence rages, she's stuck in Redcoat-occupied New York, desperate to return home. But Clara's brute of a husband won't relinquish his hold until she's provided an heir and a spare, an unlikely prospect given his dismissive disregard for his matrimonial duties.

Captain Samuel Taylor runs his Patriot supply fort efficiently and deftly, obtaining provisions for New York's rebel forces any way he can. With war outside the ramparts, respite only comes at night, as philosophical sparring with his second-in-command usually ends with an illicit tumble between the sheets.

A foiled plot unexpectedly strands Clara on Sam's doorstep. But a supply station is not meant to harbor prisoners, especially the feisty wife of an enemy general.

Book 2: Winter Interlude: An American Revolutionary Novelette
Sam and Patrick's story
On a cold winter's night in 1778, two patriot soldiers recall their first sensual encounter and ponder their future together with the women they love.

Coming soon Book 3: The Viscount and the Veteran: An American Federalist Tale

Regina Kammer is a librarian, an art historian, and an award-nominated, best-selling, multi-published writer of erotica and historical erotic romance. Her short stories and novels make history sexier, whether the era is Roman, Byzantine, Viking, American Revolution, or Victorian. She's even sexed up contemporary settings, Steampunk, and Greco-Roman mythology. She has been published by Cleis Press, Go Deeper Press, Ellora's Cave, House of Erotica, Story Ink, Loose Id, The Naughty Literati, and her own imprint, Viridium Press. She began writing historical fiction with romantic elements during National Novel Writing Month 2006, switching to erotica when all her characters suddenly demanded to have sex. Keep up with Regina at: http: //kammerotica.com/