How Great a Crime - to tell the truth: The story of Joseph Gales and the Sheffield Register (Paperback) 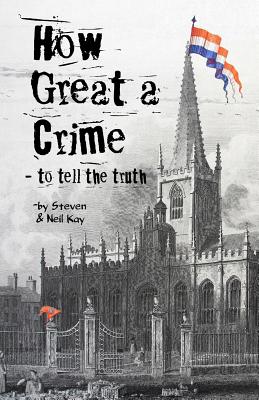 Joseph Gales was one of the all-time great Sheffielders - forget Joe Cocker, Jessica Ennis-Hill, Sean Bean or Michael Palin. These are all minnows compared to Joseph Gales - and their stories are boring besides that of the Galeses. The Galeses story has been forgotten and has not been brought together in one place before - it is not just something dredged up from history - an irrelevant dusty skeleton. What they tried to do for freedom of the press, and for free speech - principles for which they had to flee the country, principles which they took with them to America and put into practice there - is something which will resonate today. We have seen the Free Press demonised and accused of "fake news" just for holding up the mirror of truth (not "alternative truth") to power. They believed in Parliament being held to account by the people - they would have much to say today where the votes of 37% of the electorate in the UK are held up as being an "overwhelming mandate" to push one of the most momentous, critical decisions taken by government in decades, and which has nothing to do with returning power to people, but further restricting it. There is more than a hint of the rotten boroughs still hanging over British "democracy." In many ways we have made progress but in many ways we are taking retrograde steps, and under threat of losing hard-won liberties. Joseph and Winifred Gales are very relevant 230 years on.