A Night with the Knight of the Burning Pestle: Full of Mirth and Delight (Paperback) 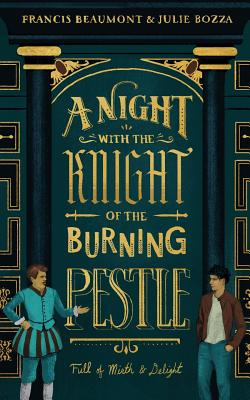 Dale is proud of how his acting career is progressing. Tonight, for instance, is the last night (at the beautiful Sam Wanamaker Playhouse) of a well-received run of Beaumont's The Knight of the Burning Pestle, in which he plays Rafe. But his colleague Topher, who plays Jasper, seems to think something is missing in Dale's life. They're not really friends, and Dale sees little point in reprising the one night on which they were not-really-friends with benefits.

However Despite the distractions of performing this chaotic two-plays-within-a-play, Dale is plagued by the niggling doubts prompted by Topher. Dale might be better off paying attention, though - because maybe Francis Beaumont, writing over 400 years ago, already provided the answers to Dale's dilemma.