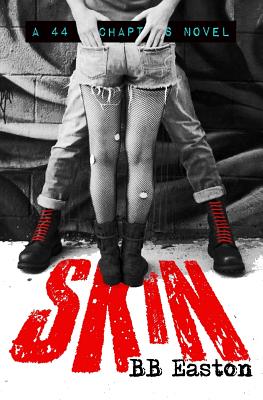 NETFLIX NEWS The 44 CHAPTERS ABOUT 4 MEN series is being adapted into a steamy Netflix dramedy series called SEX/LIFE, coming soon "SKIN is a sophisticated, edgy, authentic, five-star read, and I HIGHLY recommend it." - L.J. Shen, USA Today Bestselling Author Because BB Easton had so much fun writing her best-selling, award-winning memoir, 44 CHAPTERS ABOUT 4 MEN, she decided to give each of her four men his own steamy stand-alone. SKIN is Knight's book--a gritty, taboo, forbidden love story overflowing with '90s nostalgia, dark humor, and heart-wrenching teenage angst. It is based on a true story. In 1997, Ronald "Knight" McKnight was the meanest, most misunderstood boy at Peach State High School...perhaps on the entire planet. Knight hated everyone, except for me, BB-the perky, quirky punk chick with the locker next to his. I, on the other hand, liked everybody...except for Knight. I was scared sh*tless of him, actually. All I wanted was to marry Prince Eric-lookalike and king of the Peach State High punk scene, Lance Hightower, and have a million of his babies. Unfortunately for me, Knight was even better at getting his way than I was, and once he got under my skin, my life would never be the same. *SKIN is Book 1 in the 44 CHAPTERS ABOUT 4 MEN spin-off series but can be read as a complete standalone. Gon in with an open mind and prepare to have it blown.

BB Easton lives in the suburbs of Atlanta, Georgia with her long-suffering husband, Ken, and two adorable children. She recently quit her job as a school psychologist to write stories about her punk rock past and deviant sexual history full-time. Ken is suuuper excited about it.