When Water Was Everywhere (Paperback) 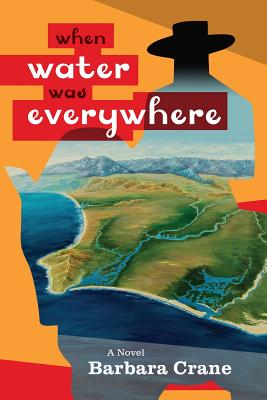 Winner of the best Historical Fiction of 2016 at the annual Beverly Hills Book Awards(R).

In her latest novel, award-winning author Barbara Crane's provides a vivid picture of the people who once lived in Los Angeles, their sorrows and their triumphs. American immigrants, Mexican Californios, Tongva/Gabrieleno Indians and Spanish padres come to life in her imaginative re-telling of California's Mexican era. As the novel unfolds, its themes of loss, hope and redemption resonate from every page.

Once upon a time in Los Angeles, water was everywhere--in rivers that rendered the vast plain marsh and woodland; in underground streams that provided an abundance of water for people, cattle, orchards and vineyards. Here you will meet the American Henry Scott who encounters this fertile landscape in When Water Was Everywhere. Arriving in the Mexican pueblo of Los Angeles in 1842, he meets Don Rodrigo Tilman (based on the historical John Temple). Scott becomes the foreman of Tilman's newly-purchased cattle ranch along the Los Angeles River, the present day Rancho Los Cerritos. As Scott learns about ranchos and cattle, vaqueros and Indians, Mexican California and Tongva Indian village life come alive under Barbara Crane's deft grasp of narrative and history.