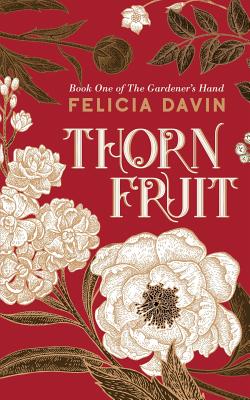 There were two secrets in Varenx House, and Alizhan was one of them.

Alizhan can't see faces, but she can read minds. Her mysterious ability leaves her unable to touch or be touched without excruciating pain. Rescued from abandonment and raised by the wealthy and beautiful Iriyat ha-Varensi, Alizhan has grown up in isolation, using her gift to steal secrets from Iriyat's rivals, the ruling class of Laalvur. But Iriyat keeps secrets of her own.

When Alizhan discovers that she isn't the only one of her kind, and that a deadly plot threatens everyone like her, there's only one person she can trust.

Ev liked having a secret. None of the other girls in the village had a thief-friend.

Evreyet Umarsad-"Ev" to her parents and her one friend-longs to be the kind of hero she reads about in books. But the rest of the world feels impossibly far away from her life on a farm outside Laalvur. Ev will never lay eyes on the underground city of Adappyr, the stars of the Nightward Coast, or the venomous medusas that glow in the dark depths of the sea.

At least on her weekly trip to the market, Ev gets to see her thief-the strange young woman who slips by her cart and playfully steals a handful of thornfruit. When the thief needs help, Ev doesn't hesitate. Together, they uncover a conspiracy that draws them all over Laalvur and beyond.

Thornfruit is book one of The Gardener's Hand.

Felicia Davin's short fiction has been featured in Lightspeed, Nature, and Heiresses of Russ 2016: The Year's Best Lesbian Speculative Fiction. She lives in Massachusetts with her partner and their cat. When not writing and reading fiction, she teaches and translates French. She loves linguistics, singing, and baking. She is bisexual, but not ambidextrous. You can find her at feliciadavin.com or on Twitter @FeliciaDavin.