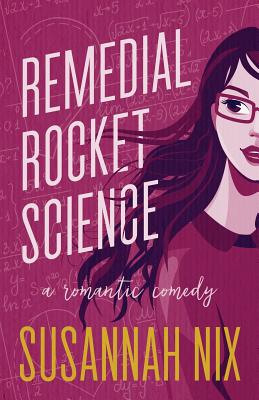 Rocket science is no problem. Falling in love, on the other hand...

College student Melody Gage is craving a night of no-strings fun when she meets charming out-of-towner Jeremy, and that's exactly what she gets. Until three years later, when Melody relocates to Los Angeles and finds herself thrust back into Jeremy's orbit.

Not only does her hunky one-night stand work at the same aerospace company where she's just started her dream job, he's the CEO's son. Jeremy's got a girlfriend and a reputation as a bad boy, so Melody resolves to keep her distance. Despite her good intentions, a series of awkward circumstances--including an embarrassing crying jag, a latte vs. computer catastrophe, and an emergency fake date--throw her together with the heavenly-smelling paragon of hotness.

As the billionaire playboy and nerdy IT girl forge an unlikely friendship, Melody's attraction to Jeremy grows deeper than she's ready to admit. How much will she risk for a shot at her happy ending?

The debut novel from author Susannah Nix, Remedial Rocket Science follows in the tradition of contemporary romantic comedy favorites like Penny Reid, Sally Thorne, and Jennifer Crusie. This lighthearted second-chance romance is the first in a series of standalone romcoms featuring geeky heroines who work in STEM fields.