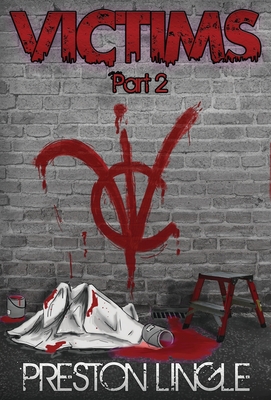 This is book number 2 in the Victims series.

After the catastrophic world-event known as The Fallout, society regresses into city-states and mobs of marauders. Dust covers the now lifeless world. A thick haze stretches above skyscrapers, transcending into an abyss of smoke. Cities that were heavily destroyed are known as Forlorns, while ones more flourishing are called Prospects.

Since The Fallout, a powerful and systematized group known as Congress has risen to power, enforcing strict rules, oppressive regimes, and aim to gain control over their Forlorn. Forgoing their identities, they associate themselves by letters alone, going only by "Congress Member A" through "Congress Member L." They actively seek out and destroy any groups which dare stand in the way of their perverted nationalism. They patrol the barren streets at dusk and annihilate anyone deemed a threat to their ideals or sociopolitical power.

Mike, along with his itinerant group of abandoned sons and daughters of elite Congress Members, call themselves the Long Forgotten Sons. The Sons work toward regaining their City and giving it back to the people by banding with fellow groups and work together to stand a chance against the new world order.

Two years ago, Mike was able to obtain a purple ear device, known as an Anima, from a Congress Member and has since been learning its secrets. The Anima has the power to manipulate energy for its user, allowing them access to powerful and potentially deadly abilities. Will he and the other Orphans be able to take down Congress and their stalwart Followers? Will a society now dependent on a corrupt set of idealogues accept any form of resistance to the new norm? Find out in VICTIMS: PART 2.