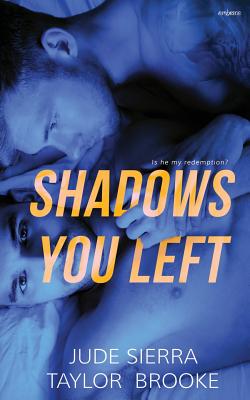 ERIK
The white picket fence.
The happily-ever-after.
That life was never meant for him.
For years he's been bouncing from city to city-from one cage fight to another.
That's his outlet. That's pain Erik can control.
But in Seattle, everything changed.
River's an artist.
He's a pretty boy.
He does yoga.
Someone so soft shouldn't be intrigued by Erik's rough edges.

RIVER
His life was quiet. He had a simple routine.
Designing tattoos, avoiding drama. Well, mostly.
Then Erik comes along-scarred and dangerous, shrouded in mystery.
A mystery River can't resist trying to solve.
Maybe a secret as dark as his own.
Neither of them expected a relationship so complicated, so intense.
Neither of them expected...each other.
Erik and River are both trying to escape a shadowed past.
But the thing about shadows is: the faster you run, the faster they chase you.