The Exposure (The Submissive Series #9) (Paperback) 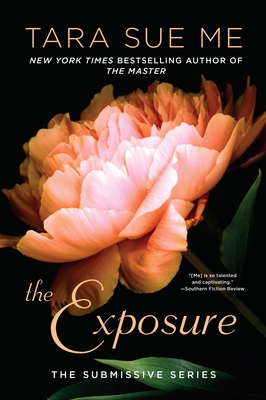 This is book number 9 in the The Submissive Series series.

New York Times bestselling author Tara Sue Me’s Submissive series is back with a scorching new romance that proves the difference between excitement and pain is just point of view...

As their sexual tension explodes, Meagan’s arrangement with her extortionist becomes more perilous, putting in danger her darkest secrets and the fragile passion between Luke and her. . . .

Tara Sue Me wrote her first novel at the age of twelve. Twenty years later, after penning several traditional romances, she decided to try her hand at something spicier and started work on The Submissive, and soon followed that with The Dominant, The Training, Seduced by Fire, The Enticement, The Exhibitionist, and The Master. The series has become a huge hit with readers around the world, and has been read and reread millions of times.

Tara kept her identity and her writing life secret, not even telling her husband what she was working on. To this day, only a handful of people know the truth (though she has told her husband). They live together in the southeastern United States with their two children.

Praise for the Submissive Series

“Tara Sue Me has created a perfect gem...The mutual need of Dominant for submissive has never been more seductive.”—Cecilia Tan, award-winning author of Slow Surrender

“This book is going to make you say ‘Fifty What of What?’...[Me] is so talented and captivating.”—Southern Fiction Review

“A love story that will leave you wanting for more.”—Guilty Pleasures Book Reviews