Taken by the Wind (Hardcover) 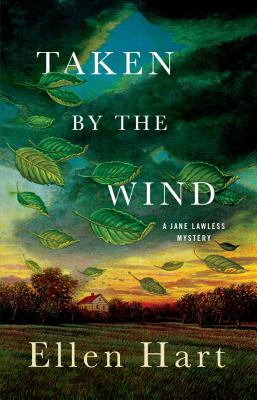 This is book number 21 in the Jane Lawless Mysteries (Hardcover) series.

Although Eric and Andrew have been trying to keep up a semblance of normal life, they know their thirteen-year-old son Jack has been having a tough time of it since they separated. They've been concerned, but now they're terrified Jack has run away from home. It happened once before, just after the separation, but then it was only a matter of hours before Eric found him. This time, Jack disappeared with his cousin, and the two of them haven't been seen for more than twenty-four hours. Desperate, Eric and Andrew call on private investigator Jane Lawless, a friend of Andrew's from years ago. Despite the fact that her business partner, A.J. Nolan, is now in a wheelchair and struggling with depression, Jane agrees to help out. But after examining Eric and Andrew's home, Jane's first impression of the case isn't good in fact, she's not convinced the boys ran away at all. She thinks they may have been abducted or worse.

"Taken by the Wind," the latest riveting mystery from award-winning author Ellen Hart, is a race against the clock for Jane and the terrified parents of two missing boys.


“Absorbing. . .Unexpected twists and turns, as well as the uncertainties of Jane’s love life and the activities of her irrepressible best friend, Cordelia Thorn (a treasure of mystery fiction), will keep the reader guessing.”—Publishers Weekly

“A judicious balance of long-term development and short-term storytelling; even readers who come for the ongoing characters will stay for the mystery.”—Kirkus Reviews