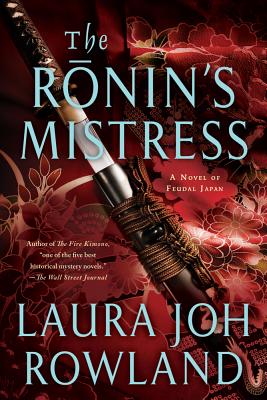 By Laura Joh Rowland
$19.99
NOT ON OUR SHELVES- available for order, usually ships in 1-5 days

The Ronin's Mistress is a brilliant new twist on the fabled tale of the 47 Ronin, from Laura Joh Rowland--an author with "a painter's eye for the minutiae of court life [and] a politician's ear for intrigue." --The New York Times Book Review

Japan, 1703. On a snowy night, 47 warriors murder the man at the center of the scandal that turned them from samurai into masterless ronin two years before. Clearly this was an act of revenge--but why did they wait so long? And is there any reason they should not immediately be ordered to commit ritual suicide?

Sano Ichiro, demoted from Chamberlain to his old post as Most Honorable Investigator of Events, Situations, and People, has mere days to solve the greatest mystery of samurai legend--while his own fortunes hang in the balance.

LAURA JOH ROWLAND is the author of the Sano Ichiro mysteries (Shinju, Bundori, and The Way of the Traitor), which have twice been named Best Mysteries of the Year by Publishers Weekly. She lived through a natural disaster when Hurricane Katrina nearly destroyed her house in New Orleans, and now lives in New York City.

“An exercise in pure entertainment.” —The Washington Post on The Fire Kimono

“[Rowland's] Japan is a mix of Kabuki theater-like stylized formality, palace intrigue, and physical action that would do a martial arts movie proud.” —The New Orleans Times-Picayune on The Snow Empress

“Sano may carry a sword and wear a kimono, but you'll immediately recognize him as an ancestor of Philip Marlowe or Sam Spade.” —The Denver Post