The Day Is Dark: A Thriller (Thora Gudmundsdottir #4) (Paperback) 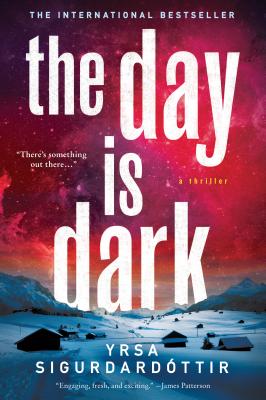 By Yrsa Sigurdardottir
$17.99
Backordered or Out of Print

This is book number 4 in the Thora Gudmundsdottir series.

There's something out there…

Yrsa Sigurdardóttir is widely regarded around the world as one of the best Nordic crime writers working today. Yrsa's previous book in the series, Ashes to Dust, also featured lawyer and sometime sleuth Thóra Gudmundsdóttir and received rave reviews internationally.

In The Day is Dark, when all contact is lost with two Icelanders working in a harsh and sparsely populated area on the coast of Greenland, Thóra is hired to uncover the fates of the missing people. When she arrives in Greenland, she discovers that these aren't the first two to go missing. The local townspeople believe that the area is cursed, and no one wants to get involved in the case. Soon, Thora finds herself stranded in the middle of a wilderness, and the case is as frightening and hostile as the landscape itself.

Chilling, unsettling, and compulsively readable, The Day is Dark is a must read for readers who are looking for the next big thing in crime fiction coming in from the cold.