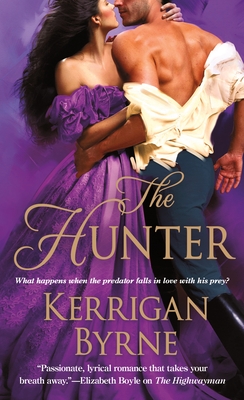 This is book number 2 in the Victorian Rebels series.

They're rebels, scoundrels, and blackguards-dark, dashing men on the wrong side of the law. But for the women who love them, a hint of danger only makes the heart beat faster...

A scandalous proposal.
Christopher Argent lives in the shadows as the empire's most elite assassin. Emotion is something he tossed away years ago, making him one of the most clear-eyed, cold-hearted, wealthiest, and therefore untouchable men in London. But when his latest target turns out to be London's own darling, Millicent LeCour, Christopher's whole world is turned upside down. Overwhelmed by her stunning combination of seduction and innocence, Christopher cannot complete the mission. She has made him feel again. Now, he will do anything to save her life, so that he can claim her as his own...

A perilous passion...
When Millie learns what Christopher was hired to do, she is torn between the fear in her heart and the fire in her soul. Putting herself in this notorious hunter's arms may be her only path to safety-even if doing so could be the deadliest mistake she's ever made. But how can she resist him? As the heat between her and Christopher burns out of control, danger lurks in the shadows. Is their desire worth the risk? Only the enemy knows what fate has in store...
"Captured me from page one and never let go. Romantic, lush, and suspenseful." -Suzanne Enoch on The Highwayman

Captured me from page one and never let go. Romantic, lush, and suspenseful. - Suzanne Enoch, New York Times bestselling author on The Highwayman

A passionate, lyrical romance that takes your breath away. From the first page, you'll fall in love. - Elizabeth Boyle, New York Times Bestseller

A truly mesmerizing series that highlights dangerous heroes who flout the law and the women who love them. - Library Journal Starred Review on The Hunter

The romance is raw, edgy and explosive...the path they take through adversity makes the triumph of love deeply satisfying. - PW on The Highwayman

The dark, violent side of the Victorian era blazes to life as a caring, competent heroine living under the radar is abducted by a notorious crime lord with wonderfully gratifying results in this exceptional and compelling vengeance-driven romantic adventure. - Library Journal on The Highwayman

This is a dramatic, romantic and utterly lovely read. - BookPage on The Highwayman

Byrne is a force in the genre. - RT Book Reviews on The Highwayman