The Risen City: A Novel (Paths of Lantistyne #3) (Hardcover) 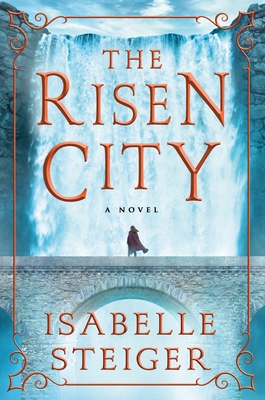 This is book number 3 in the Paths of Lantistyne series.

The powerful finale of the Paths of Lantistyne series, which returns us to a continent in the midst of an epic battle for salvation.

Imperator Elgar’s dire strategy for conquering the continent has finally been laid bare, and those who would stop him must prepare to make their final stand. The surviving rogues of the Dragon’s Head are split in two: half help dismantle Elgar’s plot from the shadows of their home city, while the rest chase down rumors and revolts in the east. Valyanrend’s rebels and thieves have made common cause for the first time in centuries, but they form only half of the resistance necessary to challenge the imperator. For the other half, they must look to the continent’s remaining royals for a foreign army.

Unfortunately, most of Lantistyne’s royals have seen better days. King Kelken is imprisoned in Araveil, at the mercy of the brutal Administrator Selwyn. And Arianrod Margraine, the brilliant marquise of Esthrades, left her own country open to invasion when she helped save neighboring Issamira from falling into ruin. Now Issamira and Queen Adora, long neutral in this conflict, must take up the burden of war.

Adora has reclaimed her crown and found her conviction, but fights to keep her army on a just path amidst the violence she abhors. Together, she and Arianrod have already toppled one power-hungry usurper, but the two of them are separated when a reckless sacrifice puts the marquise’s life in jeopardy. And the ancient spirits of Lantistyne, whose subtle machinations helped Adora survive to gain her throne, are ready to make their will known at last.

The Risen City is another example of Steiger's powerful writing, full of intricate characters and complex world-building.

ISABELLE STEIGER was born in the city and grew up in the woods. She received her first notebook when she was eight, and she’s been filling them up ever since. She lives in New York, though her erstwhile companion, a very moody gray cat, has since retired and moved to Florida. The Empire’s Ghost is her first novel.