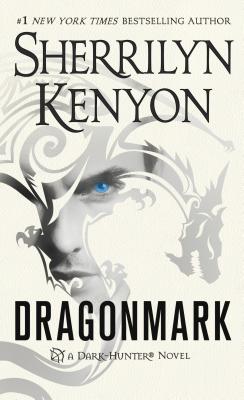 By Sherrilyn Kenyon
$11.99
Backordered or Out of Print

This is book number 20 in the Dark-Hunter Novels series.

#1 New York Times bestselling author Sherrilyn Kenyon brings us back to the astonishing world of the Dark-Hunters in Dragonmark, where man and mythology collide. . .

Centuries ago, Illarion was betrayed—a dragon made human against his will, then forced to serve humanity as a dragonmount in their army, and to fight for them in barbaric wars, even while he hated everything about them. Enslaved and separated from everyone he knew and from his own dragon brothers, he was forced into exile in a fey realm where he lost the only thing he ever really loved.

Now Illarion has a chance to regain what’s been lost—to have the one thing he covets most. But only if he gives up his brothers and forsakes the oaths he holds most dear. Yet what terrifies him most isn’t the cost his happiness might incur, it’s the fact that there is just enough human in his dragon’s heart that he might actually be willing to pay it and betray everything and everyone—to see the entire world burn...

New York Times bestselling author Sherrilyn Kenyon is a regular in the #1 spot. This extraordinary bestseller continues to top every genre in which she writes, including manga and graphic novels. More than 70 million copies of her books are in print in more than one hundred countries. Her current series include The Dark Hunters®, The League®, Deadman’s Cross™, Chronicles of Nick®, Hellchasers™, Mikro Chasers™, and The Lords of Avalon®. Her Chronicles of Nick® and Dark-Hunter® series are soon to be major motion pictures.

[A] publishing phenomenon . . . [Sherrilyn Kenyon is] the reigning queen of the wildly successful paranormal scene . . . Just one example of arguably the most in-demand and prolific authors in America these days. —Publishers Weekly

Kenyon's writing is brisk, ironic and relentless imaginative. These are not your mother's vampire novels —Boston Globe

“Once again Ms. Kenyon has managed to blow me away with another fantastical and imaginative story in Son of No One. “– The Reading Café