The Silence of the Sea: A Thriller (Thora Gudmundsdottir #6) (Paperback) 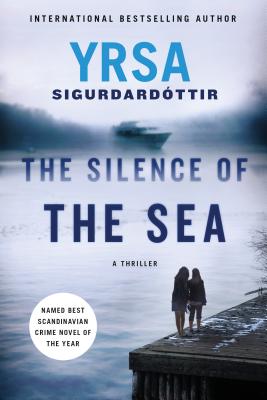 By Yrsa Sigurdardottir
$17.99
Backordered or Out of Print

This is book number 6 in the Thora Gudmundsdottir series.

From the queen of Icelandic crime fiction comes a truly chilling story that will leave readers breathless right up to the memorable ending. This is possibly her best book yet. Bestselling and award-winning Icelandic crime author Yrsa Sigurdardóttir has produced here a dazzling display of brilliant crime writing that is both groundbreaking and immensely satisfying.

What should Thora Gudmundsdottir, the series sleuth, make of the rumors that the vessel was cursed? She is spooked even more when she boards the yacht and thinks she sees one of the missing children. Where is Karitas, the glamorous young wife of the yacht's former owner? And whose is the body that has washed up further along the shore?

The most chilling novel yet from Yrsa Sigurdardottir, an international best-selling author at the height of her powers.

“A tour de force capped by a haunting final scene that will linger in your mind.” —Kirkus (starred)

“This story’s mystery is flawless and its eeriness unshakable.” —Booklist (starred)

“A top-notch plot-driven novel that scores high marks for its chill factor.” —Reactions to Reading


“Sigurdardottir has created a clever, seaborne locked-room puzzle with a touch of the supernatural.” —Seattle Times

“This spooky, haunting thriller, which won the 2015 Petrona Award for Best Scandinavian Crime Novel of the Year, will grab the attention of readers who enjoyed Agatha Christie’s And Then There Were None.” —Library Journal (starred)

“…no one knows how to create a poisonous atmosphere quite as well as Sigurdardottir.” —Providence Journal