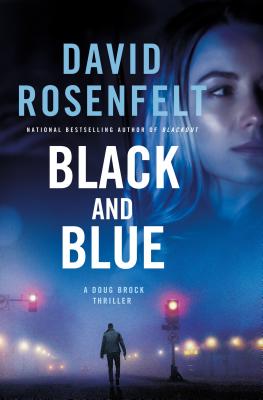 This is book number 3 in the Doug Brock series.

"Rosenfelt knocks it out of the park with this fiendishly twisty serial killer thriller." - Publishers Weekly, starred review

Doug Brock hasn't had it easy since his getting shot in the line of duty as a New Jersey state police officer. Between the amnesia and having to solve two murder cases, it hasn't been the most restful recovery. He’s slowly earning back the trust of his girlfriend Jessie, since he doesn’t remember their breakup, and has focused on new crimes with his partner, Nate.

But now an old case of Doug’s has resurfaced, and it’s up to Doug to retrace his steps – steps he can’t remember – to solve the case. Eighteen months ago, Walter Brookings was shot through the heart. With no clear motive and no similar murders, the investigation stalled and became a cold case.

When another man is murdered in the same fashion and the ballistics come back as a match, Doug begins to reinvestigate, and starts to question his own actions from the previous investigation.

Finally, what Doug uncovers may be more dangerous than any case he’s faced yet.

DAVID ROSENFELT is the Edgar-nominated and Shamus Award-winning author of more than twenty Andy Carpenter novels, including One Dog Night, Collared, and Deck the Hounds; the Doug Brock thriller series, which starts with Fade to Black; and stand-alone thrillers including Heart of a Killer and On Borrowed Time.

Rosenfelt and his wife live in Maine with an ever-changing pack of rescue dogs. Their epic cross-country move with the 25 of these dogs, culminating in the creation of the Tara Foundation, is chronicled in Dogtripping.

Praise for David Rosenfelt
“One of the most unforgettable authors in the genre.” – Associated Press on Rescued

“Rosenfelt creates a deliciously atmospheric world of suspense and mystery, as cloudy incidents pile up. Turns out the stranger who approached Brock doesn’t exist…The unraveling is not as much fun as the mystery, but the tingly, sinister mood gives readers plenty to enjoy.” – Booklist on Fade to Black

“Rosenfelt's matchless gift for feather-light exposition that hurtles along without ever feeling rushed or foggy allows him to keep the complications coming until nearly the end.” — Kirkus Reviews on Collared

“[Rosenfelt] excels at creating fascinating plots and telling his stories with crisp writing that’s a pleasure to read. The plot of his new book has a relentless sense of urgency that captures readers’ attention early on and never lets go.” — RT Book Reviews (4 stars) on Without Warning