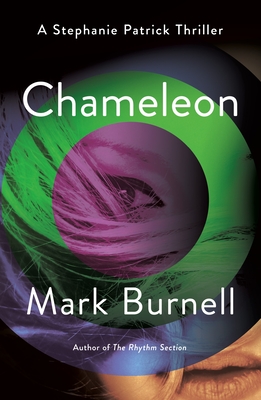 This is book number 2 in the Stephanie Patrick Thrillers series.

What do you do when you finally see who you really are—what you really are—and it’s everything society rejects? You tell yourself it can’t be true. That’s what you do, that’s the first thing. And maybe it’s what you continue to do. But not me. I’d already lied to myself for long enough. When the moment came, I stopped pretending I was someone else and chose to be the real me instead. I chose to be honest.
Brutally honest.

Stephanie Patrick was trained to infiltrate and to kill, but she thought she’d left that life behind. Now, the shadowy and powerful organization known as Magenta House has recalled her for what she thinks will be one last assignment—a job that may set her free, allowing her to pursue a new life.

Konstantin Komarov, who made his fortune through the turbulent years of the post-Soviet era, is a master dealmaker. He now sits at the heart of an international financial empire and is as comfortable in Manhattan as he is in Moscow or Magadan. Like Stephanie, he wants to leave his deeply scarred past behind, but will the connections that helped make him rich let him go?

Komarov is dangerous, Stephanie is lethal. They are both chameleons. Working in the shadows, they have survived by adapting, whatever the circumstances, in worlds so brutal, violent, and full of betrayal, that they have trusted nobody but themselves. Brought together by their intersecting objective---the mysterious cypher Koba—things soon become very personal. Will finding Koba force them together or pull them apart?

Mark Burnell was born in Northumberland and grew up in Brazil. He is a novelist and screenwriter. His debut novel, The Rhythm Section, is the first in a series of thrillers featuring Stephanie Patrick and is soon to be a major motion picture. The film is begin produced by Eon, the company responsible for the James Bond franchise, and stars Blake Lively and Jude Law. Mark lives in London with his family.

"Chameleon is a Casablanca for the 21st century. Burnell writes with verve and assurance about the unsavoury realities of international terrorism. Where he really excels, however, is with his characters. Not only are his two protagonists convincingly complex and three-dimensional, but they also share a love story which is as moving as it is passionate." --Boris Starling, bestselling author of Messiah

"Bigger and slicker in every way than his first novel. If you buy no other thriller this holiday season, buy this one." —The Economist