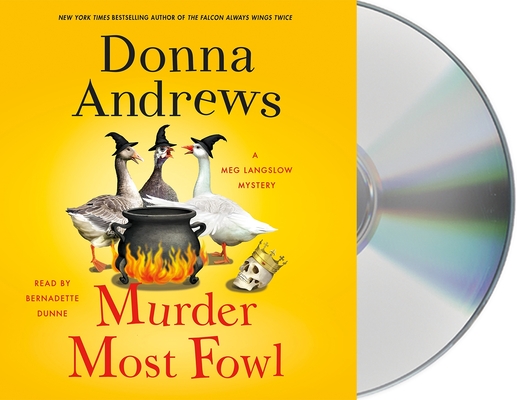 By Donna Andrews, Bernadette Dunne (Read by)
$44.99
Email or call for price

DONNA ANDREWS has won the Agatha, Anthony, and Barry Awards, an RT Book Reviews Award for best first novel, and four Lefty and two Toby Bromberg Awards for funniest mystery. She is a member of the Mystery Writers of America, Sisters in Crime, and Novelists, Inc. Andrews lives in Reston, Virginia. She has written nearly 30 books in the Meg Langslow mystery series.

"Meg Langslow, is on hand to help police chief Henry Burke and senior deputy Vern Shiffley overcome the curse of the Scottish play, sift through layers and layers of mischief, and choose from among all these zanies the perpetrators of a surprisingly expansive flock of actual crimes. Fans will appreciate the helpful final chapter, which indicates exactly which malefactors have earned which legal punishment." —Kirkus on Murder Most Fowl