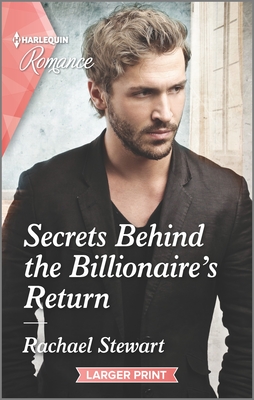 Find out what happens when a billionaire returns to Felicity's life in book one of Rachael Stewart's new duet, Claiming the Ferrington Empire, from Harlequin Romance.
The man she never forgot...The feelings she never lost... Sixteen years ago, Felicity fell in love with the boy from Ferrington Manor. But their affair was short-lived when Sebastian vanished and she was left with the secret consequence of their love. Now he's back and his return sends shock waves through Felicity Will the revelations about Sebastian's departure be enough for Felicity to succumb to the feelings that still draw her to him? From Harlequin Romance: Be swept away by glamorous and heartfelt love stories. Claiming the Ferrington Empire Book 1: Secrets Behind the Billionaire's Return
Book 2: The Billionaire Behind the Headlines