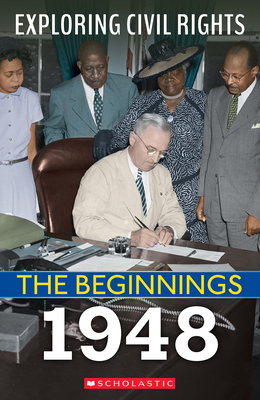 Learn about the key events of the Civil Rights Movement in this exciting and informative series.

The civil rights movement was just taking shape in 1948, and President Harry Truman helped set its course. Truman’s support for Black Americans made a bold statement and was something many leaders did not welcome. Despite the backlash it caused, Truman insisted it was the government’s duty to protect America’s Black citizens from the hate and discrimination they faced and ensure their freedoms. The Supreme Court would make a landmark decision against housing discrimination in the Shelley v. Kraemer case. A. Philip Randolph pushed Truman to sign an Executive Order to end military segregation. And Alice Coachman would make history to become the first Black woman to win a gold medal at the 1948 Summer Olympics.

This detailed account explains why 1948 was such a critical year in the civil rights movement.

The years from 1939 to 1954 were foundational to the civil rights movement. Resistance was often met with violence against Black Americans struggling to end discrimination and segregation. Yet the courage of those yearning for equal opportunities under the law continued to persevere and set the stage for the pivotal events of the late 1950s and 1960s.

With stunning photographs throughout and rich back matter, each book focuses on a specific year and chronologically follows the detailed events that occurred and the changes that took place.