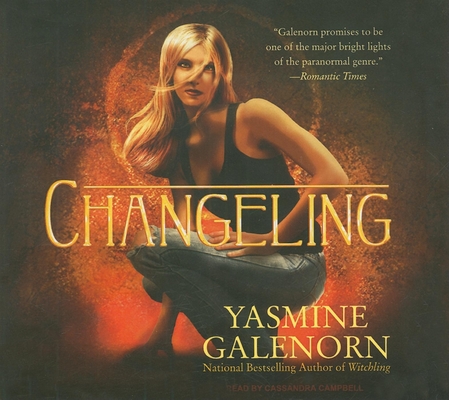 By Yasmine Galenorn, Cassandra Campbell (Narrated by)
Email or call for price.
Out of Print

We're the D'Artigo sisters: Half-human, half-Faerie, we are savvy-and sexy-operatives for the Otherworld Intelligence Agency. But our mixed-blood heritage short-circuits our talents at all the wrong times. My sister Camille is a wicked-good witch whose magic is as unpredictable as the weather. My sister Menolly is a vampire trying to get the hang of being undead. And me? I'm Delilah. When I'm under stress, I transform into a tabby cat-and a series of violent murders is really getting me bent out of shape... Someone's been slaughtering the Weres of the Rainier Puma Pride, and my sisters and I have been enlisted to investigate by Zachary Lyonnesse, golden boy of the werepumas. Right away we smelled demon trouble, and we tracked it directly into the snare of the Hunters Moon Clan, sworn enemies of Puma Pride. But there's more than Were rivalry at work. It's that old demon Shadow Wing who's setting a deadly snare for the Pumas. We have to find out why, which means a visit to one of the Immortals. Unfortunately for my sisters and me, our half-human blood is just enough to put us in mortal danger.

Yasmine Galenorn is the "New York Times" bestselling author of two urban fantasy series: the Sisters of the Moon series and the Indigo Court series.

Cassandra Campbell has recorded nearly two hundred audiobooks and directed many more. She has been nominated for and won multiple Audie Awards, as well as a prestigious Odyssey Award, and she has been awarded more than twenty "AudioFile" Earphones Awards. Cassandra was also named a Best Voice by "AudioFile" for 2009 and 2010.