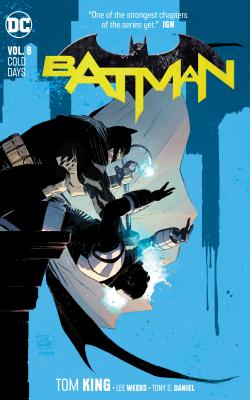 Bruce Wayne has been selected for jury duty in a chilling court case involving Mr. Freeze! Freeze claims the charges should be dismissed because Batman used excessive force; cue the outrage and media circus. While doing his civic duty, Wayne's forced to take a hard look at the Dark Knight's methods. Plus, the KGBeast lives! The Russian super-assassin is back--but under whose orders?

Don't miss out on the this installment of this best-selling, critically acclaimed graphic novel series written by breakout star Tom King, and featuring art by Lee Weeks and Tony S. Daniel.

Tom King is a comic book writer and novelist, best known for his work at DC Comics including Batman, Mister Miracle, Grayson and Omega Men. He often relies on his experience as an ex-CIA agent and experiences during the recent conflicts in the Middle East in his writing, especially apparent in Grayson (alongside co-writer Tim Seeley), Omega Men and in The Sheriff of Babylon, published under the Vertigo imprint.

“Low-key but appropriately moody story that sets the tone for the next phase of the series… top-notch visuals.” —IGN

“There’s no rest for the heartbroken…it’s back to reality for Bruce in Batman.” —CBR