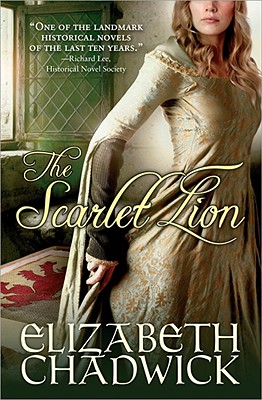 Everyone who has raved about Elizabeth Chadwick as an author of historical novels is right.--Devourer of Books on The Greatest Knight

In another remarkable work of medieval fiction, Elizabeth Chadwick continues the tale of The Greatest Knight, and shares a story of power, chaos, and the price of loyalty.

William Marshal's skill with a sword and loyalty to his word have earned him the favor of kings, the lands of a magnate, and the hand of Isabelle de Clare, one of England's wealthiest heiresses. But he is thrust back into the chaos of court when King Richard dies.

The vindictive new king clashes with William, claims the Marshal lands for the Crown--and takes two of William's sons hostage. The price of his loyalty to the Crown suddenly seems too high and the very heart of William and Isabelle's family is at stake. Fiercely intelligent and fearing for the man and marriage that light her life, Isabelle plunges with her husband down a rebellious path that will lead William to more power than he ever expected.

Brilliantly researched and deeply compelling, Elizabeth Chadwick delivers another masterpiece of medieval historical fiction, with favor, drama, and damaged loyalty that will keep you rapt until the very end.

Elizabeth Chadwick is a gifted novelist and a dedicated researcher; it doesn't get any better than that.--Sharon Kay Penman, New York Times bestselling author

More Novels of Elizabeth Chadwick's William Marshal:
The Greatest Knight
The Scarlet Lion
For the King's Favor
Templar Silks
To Defy a King

Elizabeth Chadwick is the author of 17 historical novels, including The Greatest Knight, Lords of the White Castle, Shadows and Strongholds, A Place Beyond Courage, The Winter Mantle, and The Falcons of Montabard, four of which have been shortlisted for the Romantic Novelists' Awards. She won a Betty Trask Award for The Wild Hunt, her first novel.