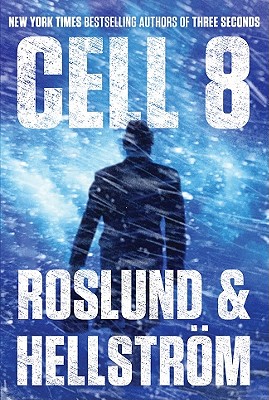 FROM THE NEW YORK TIMES BESTSELLING AUTHORS OF THREE SECONDS...
Detective Superintendent Ewert Grens of THREE SECONDS returns in a riveting mystery that centers on perhaps the most controversial subject in the modern criminal justice system: the death penalty.In Ohio, seventeen-year-old John Meyer Frey rots on Death Row for the brutal murder of his girlfriend. The victim's father hungers for revenge, while a prison guard is torn by compassion for the young man. When Frey unexpectedly dies of heart disease before he either receives his just punishment or achieves redemption, the wheels of justice grind to a halt. Six years later, on a ferry between Finland and Sweden, a singer named John Schwarz viciously attacks a drunken lout harassing a woman, leaving the man in a coma. The Stockholm police arrest Schwarz for aggravated assault, but when Grens learns that the assailant has been living in Sweden under a false identity, he begins to suspect that something darker and more complex underlies the incident. Following his intuition, Grens launches an investigation that spans from Sweden to the United States and reveals a startling connection between the Frey and Schwarz cases. Featuring a multilayered plot with a killer twist, CELL 8 takes readers on a gripping, page-turning journey that explores the devastating repercussions of the death penalty as well as the fallout from the conflicting desires for public justice and private retribution.

Award-winning journalist Anders Roslund and ex-criminal Borge Hellstrom are Sweden's most acclaimed crime fiction duo. Their unique ability to combine inside knowledge of the brutal reality of criminal life with penetrating social criticism in complex, intelligent plots has put them at the forefront of modern Scandinavian crime writing. In 2009, their book "Three Seconds" was awarded the Swedish Academy of Crime Writers' Award for Swedish Crime Novel of the Year, previously won by both Stieg Larsson and Henning Mankell, became a top-10 bestseller in Sweden for eight months, and hit "The New York Times" bestseller list in the United States.