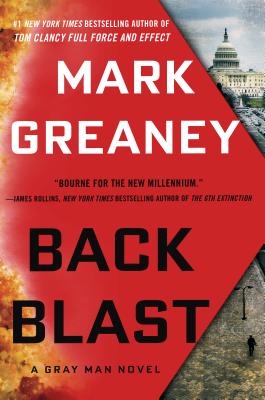 By Mark Greaney
Email or call for price.
Special Order

From the #1 "New York Times "bestselling co-author of Tom Clancy's Jack Ryan novels, comes an all-new explosive thriller featuring the lethal assassin known as the Gray Man
Court Gentry was the CIA's best agent. Until the day the Agency turned against him and put out a kill on sight order. That's when the enigmatic international assassin called the Gray Man was born and Court has been working for himself ever since
Now, Court is back in Washington looking for answers. He's determined to find out what happened all those years ago that made the Agency turn against him. On his list to interrogate are his former partners and the men who sent him on his last mission. What he doesn t realize is that the questions that arose from that mission are still reverberating in the U.S. intelligence community, and he's stumbled onto a secret that powerful people want kept under wraps. And now, they have Court in their crosshairs.
Court Gentry is used to having people on his trail, but this time, it's on U.S. soil the last place he wants to be. Now, he ll have to find the answers to his fate while evading capture and avoiding death

Mark Greaney has a degree in international relations and political science. In his research for the Gray Man novels, including "Dead Eye," "Ballistic," "On Target," and "The Gray Man," he traveled to more than fifteen countries and trained alongside military and law enforcement in the use of firearms, battlefield medicine, and close-range combat tactics.