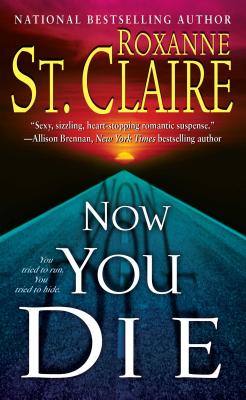 By Roxanne St. Claire
$9.99
Backordered or Out of Print

This is book number 6 in the The Bullet Catchers series.

Former Bullet Catcher and lone wolf investigator Jack Culver is on a mission. Thirty years ago, an innocent woman was convicted of murder. Jack believes he's found the real killer -- but to take down one of the highest legal authorities in the land, he needs access. Serious access. Unfortunately, the one person he knows with that kind of power is his ex-boss and ex-lover, the woman who still haunts his dreams.

Bullet Catchers owner Lucy Sharpe realizes she's being used for her connections, and she intends to use Jack Culver right back. She's determined to see justice served, even if that means partnering with the man who once found his way past her iron shields. This time, she'll be strong enough to avoid Jack's persuasive touch.

But when passion flares, and they become the killer's target, Lucy and Jack don't just break some rules -- they shatter them. And that means risking everything: their jobs, their hearts...and their lives.

Roxanne St. Claire is the author of the Bullet Catchers series and the critically acclaimed romantic suspense novels Killer Curves, French Twist, and Tropical Getaway. The national bestselling author of more than seventeen novels, Roxanne has won the Romance Writers of America's RITA Award, the Bookseller's Best Award, the Book Buyers "Top Pick," the HOLT Medallion, and the Daphne Du Maurier Award for Best Romantic Suspense. Find out more at RoxanneStClaire.com, at Twitter.com/RoxanneStClaire, and at Facebook.com/RoxanneStClaire.

"When it comes to dishing up great romantic suspense, St. Claire is the author you want." -- Romantic Times