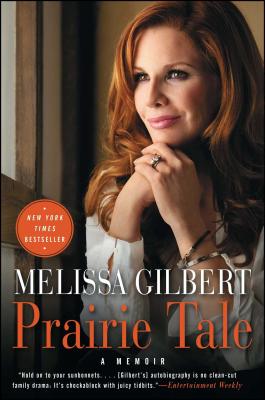 A fascinating, heartbreaking, and ultimately uplifting tale of self-discovery from the beloved actress who earned a permanent place in the hears of millions for her role in Little House on the Prarie when she was just a child.

To fans of the hugely successful television series Little House on the Prairie, Melissa Gilbert grew up in a fantasy world with a larger-than-life father, friends and family she could count on, and plenty of animals to play with. Children across the country dreamed of the Ingalls’ idyllic life—and so did Melissa.

With candor and humor, the cherished actress traces her complicated journey from buck-toothed Laura "Halfpint" Ingalls to Hollywood starlet, wife, and mother. She partied with the Brat Pack, dated heartthrobs like Rob Lowe and bad boys like Billy Idol, and began a self-destructive pattern of addiction and codependence. She eventually realized that her career on television had earned her popularity, admiration, and love from everyone but herself.

Through hard work, tenacity, sobriety, and the blessings of a solid marriage, Melissa has accepted her many different identities and learned to laugh, cry, and forgive in new ways. Women everywhere may have idolized her charming life on Little House on the Prairie, but Melissa’s own unexpectedly honest, imperfect, and down-to-earth story is an inspiration.

Melissa Gilbert starred as Laura Ingalls Wilder on the hit NBC television show Little House on the Prairie. She has starred in numerous movies and plays and served two terms as president of the Screen Actors Guild. She is the author of Prairie Tale, Daisy and Josephine, My Prairie Cookbook, and Back to the Prairie. She resides in the Catskills and New York City with her husband, Timothy Busfield.

"Hold onto your sunbonnets... [Gilbert's] autobiography is no clean-cut family drama: It's chockablock with juicy tidbits."
—Entertainment Weekly