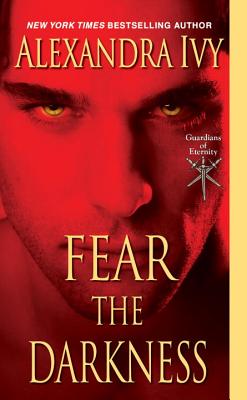 This is book number 9 in the Guardians Of Eternity series.

The Guardians of Eternity are embroiled in an epic battle for survival. They are as dangerous as they are sensual--and their lustful appetites are legendary. . .

Her Visions Lead Her To Danger

Beautiful Cassandra is a Were, a prophet both vulnerable and defiant, blessed with visions that portend the fate of the world. A rare and delicate creature, Cassie must be protected at all costs. Enter Caine, a powerful cur turned pureblooded Were whose recent tangles with a demon lord have left him in serious need of redemption. Caine is duty-bound to keep Cassie out of danger--and that means resisting his potent urge to seduce her. . .

And Only He Can Save Her

As Cassie's mysterious visions lead them in and out of danger, Caine believes he has found his true mate, the woman with whom he is bound for all eternity. Cassie is both charmed and frightened by Caine's magnetism, and unsure if he--or her feelings for him--can be trusted. But Cassie can't afford to doubt Caine now. A deadly enemy bent on destruction is closer than they realize--and only they can keep chaos from ruling the world. . .

"Ivy always packs her books with buckets of action, emotion and sexy sizzle. Another winner!" --Romantic Times on Devoured by Darkness