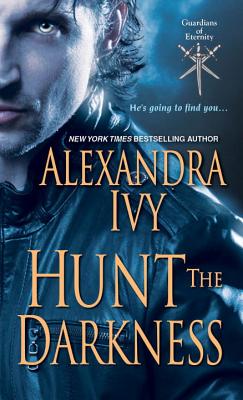 By Alexandra Ivy
$7.99
Email or call for price

This is book number 11 in the Guardians Of Eternity series.

The vampire Roke is raw, sensual, always in control. Yet somehow he's allowed the unthinkable to happen: a nymph-like witch named Sally has used her magic to trick Roke into mating with her. The pair will remain bound for eternity unless Sally breaks the spell. The trouble is, she has no idea how. . .

Mating with Roke was an accident; at least that's what Sally keeps telling herself. She's on the hunt for her demon father, whose identity holds the key to releasing the spell. The search won't be easy with Roke shadowing Sally's every move. As they mate with a ferocity that leaves them both aching for more, Sally isn't sure if her world is more dangerous without Roke--or with him. . .

"Captivating, sexy, and with a sinful bite like rich dark chocolate." --Larissa Ione on Beyond the Darkness