Beyond The Darkness (Guardians Of Eternity #6) (Mass Market) 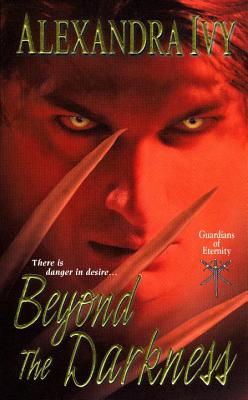 This is book number 6 in the Guardians Of Eternity series.

He Would Do Anything To Claim Her

Salvatore Giuliani is not a happy werewolf. It’s his duty as leader to track down the pure blood females who can keep his people from extinction. But the moment he catches scent of Harley, a pure blood held by a pack of mangy curs, his savage need for her obliterates all other instincts. And the only thing worse than being captured is finding that beautiful, independent Harley defiantly refuses to become his mate.

And Everything To Keep Her

Harley has been taught to distrust all Weres, especially their arrogant king. She won’t be used for breeding or bonded against her will, not even to a man who makes every nerve tingle with awareness. Yet Salvatore is her key to saving the family she never knew she had—if she dares to succumb to his dark, predatory desire, and face a vicious enemy sworn to destroy them both…

“Captivating, sexy, and with a sinful bite like rich, dark chocolate, Beyond The Darkness kept me riveted! The Guardians of Eternity series is highly addictive, the dialogue clever, the characters woven with subtle complexity. Alexandra Ivy has made me her fangirl!” —Larissa Ione, New York Times bestselling author