High Stakes (The Men Of The Sisterhood #3) (Mass Market) 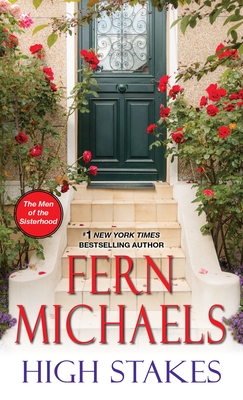 The Sisterhood: a group of women bound by friendship and a quest for justice. Now their male allies, the Men of the Sisterhood, have formed a top-secret organization of their own, with the same goal of helping the helpless and righting the wrongs of the world...

Investigative reporter Dennis West joined forces with the men of the Sisterhood to help fight corruption and greed on behalf of underdogs everywhere. Now he and his band of brothers are on a mission to help an old friend in danger: Toby Mason was a whip-smart college nerd—nothing like the buff dancer at the Supper Club who’s reached out to Dennis. The owners of the Supper Club adult-entertainment franchise have expanded their empire through tours, contests, and calendars. But Toby suspects the Supper Clubs offer a convenient front for a major drug trafficking operation—and those suspicions have become known to his employers. At the top-secret headquarters of BOLO Consultants, Dennis, Jack, Abner, Ted, Harry, and the rest of the crew gather to formulate a plan. It’ll mean going deep undercover, but the men of the Sisterhood are breaking out their most impressive moves to stop a criminal network that’s stayed two steps ahead of justice for too long...

“Michaels listens to fans and delivers one hell of a punch.”—RT Book Reviews on Double Down

FERN MICHAELS is the USA Today and New York Times bestselling author of the Sisterhood, Men of the Sisterhood, and Godmothers series, as well as dozens of other novels and novellas. There are over one-hundred ten million copies of her books in print. Fern Michaels has built and funded several large day-care centers in her hometown, and is a passionate animal lover who has outfitted police dogs across the country with special bulletproof vests. She shares her home in South Carolina with her four dogs and a resident ghost named Mary Margaret. Visit her website at www.fernmichaels.com.