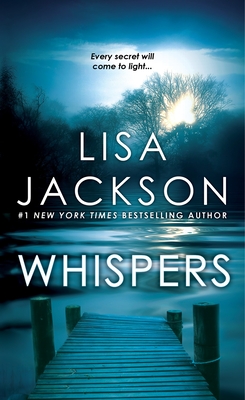 Even a man as powerful as Dutch Holland can’t keep a scandal buried forever. That’s why he’s summoned his children home to Oregon before announcing his run for governor. Sixteen years ago, his rival’s son, Harley Taggert, drowned in the murky waters of Lake Arrowhead. Dutch needs to know if his three daughters played a part—before the press begins digging into the tragedy. But instead of helping with damage control, the Holland sisters’ return is the catalyst for shocking new revelations.

Claire Holland has never breathed a word about what happened that night. While Tessa was the wild child and Miranda smart and studious, Claire was romantic. She’d fallen in love with Harley, even became engaged to him. But complications abounded, including local bad boy Kane Moran. Now Claire learns that an investigative journalist is back in town too, planning to write a book about Harley’s death. Soon rumors swirl of betrayal and jealousy. Another body is unearthed. And a sadistic killer prepares to tie up every loose end at last…

LISA JACKSON is the #1 New York Times bestselling author of over ninety-five novels, including You Will Pay, After She’s Gone, Deserves to Die, You Don’t Want to Know, Running Scared, and Shiver. She is also the co-author of the Colony Series, written with her sister and bestselling author Nancy Bush, as well as the collaborative novels Sinister and Ominous, written with Nancy Bush and Rosalind Noonan. There are over thirty million copies of her novels in print and her writing has been translated into nineteen languages. She lives with her family and three rambunctious dogs in the Pacific Northwest. Readers can visit her website at www.lisajackson.com and find her on Facebook.