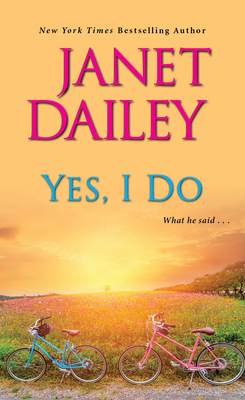 By Janet Dailey
$7.99
Backordered or Out of Print

Where and when you least expect it . . . love is there. Revising these two stories was a pleasure—I hope you’ll enjoy reading them.

ENEMY IN CAMP Dirk Ramsey’s newspaper column is syndicated nationwide, but that doesn’t impress Victoria Beaumont.  Just because Dirk’s tall, dark, totally cute, and way too smart for his own good doesn’t mean he knows everything. If he did, he’d know that she fell in love with him at the start of their summer together on Mackinac Island. She couldn’t help it. Going down leafy lanes on a bicycle built for two, having tea at the Grand Hotel—it doesn’t get more romantic than that. Until Dirk kisses her . . .

DIFFICULT DECISION
Deborah Holland is ready to climb the corporate ladder, and the first step is an interview at LaCosta, one of the biggest companies around. The last thing she expected was to meet CEO Zane Wilding in person. He’s masterful, sexy, and…well, everything she ever wanted in a man. In your dreams, Deborah. Not going to happen. Wonder of wonders. Zane calls to offer her a plum job as his assistant and Deborah can’t refuse. From meetings in the walnut-paneled company boardroom to social events at his Connecticut mansion, she’ll be at his side day and night. Anything could happen . . .

Remember when you first fell in love? It’s time to get that feeling again . . .

Janet Dailey’s first book was published in 1976. Since then she has written more than 100 novels and become one of the top-selling female authors in the world, with 325 million copies of her books sold in nineteen languages in ninety-eight countries. She is known for her strong, decisive characters, her extraordinary ability to recreate a time and a place, and her unerring courage to confront important, controversial issues in her stories. To learn more about Janet Dailey and her novels, please visit www.JanetDailey.com.