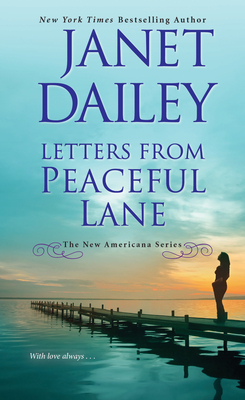 This is book number 3 in the The New Americana Series series.

Beloved bestselling author Janet Dailey continues her New Americana saga in this powerful tale of one woman’s struggles to save her marriage in the rugged Ozarks of beautiful Branson, Missouri.

Allison felt like she’d stepped into a fairy tale when she married widower Burke Caldwell. But after less than a year of marriage, he’s become removed and distant. His friends see Allison as little more than a trophy wife, his only daughter regards her as the enemy. With everyone so devoted to the memory of Burke’s first wife, Kate, how can Allison possibly compete? Then a harrowing car crash leaves Burke badly injured. But it becomes achingly clear that the woman Burke wants by his side is the wife he lost . . .

No longer able to dismiss the power Kate still holds, Allison can’t resist reading a trove of hidden letters from Kate to Burke. What she discovers sets her mind reeling. The letters give Allison an enlightening window into her husband’s heart. But will she have the courage to put aside her own fears, and grab hold of a love as big and bold as the man she once dared to marry?

Praise for Janet Dailey and her bestselling novels

“Fans of Dailey’s sweet, small-town romances are sure to delight in this story of second chances and new beginnings.”
—RT Book Reviews on Just a Little Christmas

“Dailey is one of my favorite authors for western romances, and Sunrise Canyon did not disappoint.”
—Romance Junkies on Sunrise Canyon

“Dailey confirms her place as a top megaseller.”
—Kirkus Reviews on Calder Pride