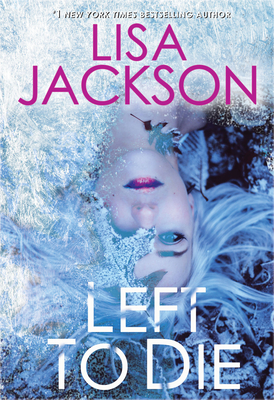 This is book number 1 in the An Alvarez & Pescoli Novel series.

NOTHING’S MORE TERRIFYING...
One by one, the victims are carefully captured, toyed with, then subjected to a slow and agonizing death. Piece by piece, his exquisite plan takes shape. The police can’t yet see the beauty in his work—but soon, very soon, they will...

THAN BEING LEFT ALONE...
In the lonely woods around Grizzly Falls, Montana, four bodies have been discovered. Detectives Selena Alvarez and Regan Pescoli have been hoping for a career-making case, but this is a nightmare. Even with the FBI involved, Selena and Regan have nothing to go on but a killer’s cryptic notes, and the unsettling knowledge that there is much worse to come...

TO DIE...
When Jillian Rivers opens her eyes, she’s trapped in a mangled car. Then a stranger, claiming to be a trail guide named Zane MacGregor, pries her free. Though she’s grateful, something about him sets Jillian on edge. And if she knew what lay out there in the woods of Montana, she’d be truly terrified. Because someone is waiting...watching... poised to strike and make Jillian the next victim...

Lisa Jackson is the #1 New York Times bestselling author of over ninety-five novels, including You Will Pay, After She's Gone, Deserves to Die, You Don't Want to Know, Running Scared, and Shiver. She is also the co-author of the Colony Series, written with her sister and bestselling author Nancy Bush, as well as the collaborative novels Sinister and Ominous, written with Nancy Bush and Rosalind Noonan. There are over thirty million copies of her novels in print and her writing has been translated into nineteen languages. She lives with her family and three rambunctious dogs in the Pacific Northwest. Readers can visit her website at www.lisajackson.com and find her on Facebook.