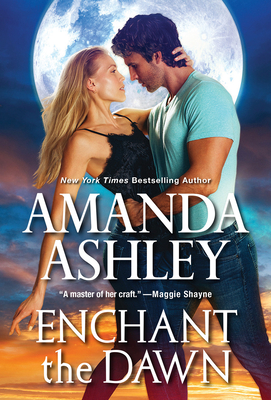 This is book number 2 in the The Enchant Series series.

Desire. Danger. Deception. The scion of the Falconer vampire clan inspires them all…

When a mysterious man rescues Madison Bainbridge from a random attack, she sees only his broad shoulders, his gray eyes, his kindness. But as she gets to know Dominic, her attraction wars with the certainty he’s keeping big secrets. Who is the menacing beauty following him around? What of the palm-reader who stops her in the park? And who’s watching them from the shadows?

Young vampire Dominic Falconer wanted nothing more than a few weeks in New Orleans, a chance to see the city on his own. He didn’t expect to be captivated by lovely Maddy—or for enemies to surround him, eager to use the stirrings of his heart to bring down his family.

A hostile rival is out for vengeance. Domonic’s fellow Hungarian vampires are vanishing without a trace. And the shadowy Knights of the Dark Wood want nothing more than to get hold of Dominic himself. But Dominic and Maddy have a connection worth fighting for—and a passion that will awaken the unexpected in them both . . .

Amanda Ashley is one of those rare birds—a California native. She's lived in Southern California her whole life and, except for the earthquakes, she loves it. She shares a home with her husband, as well as an adorable Pomeranian named Lady and a tortoise who remains nameless. Amanda and her alter ego, Madeline, have written over 70 books and short stories. Not bad for someone who started writing just for the fun of it. Her books have made the New York Times and USA Today bestseller lists. You can get a sneak peek at her next book on her Website: AmandaAshley.com.