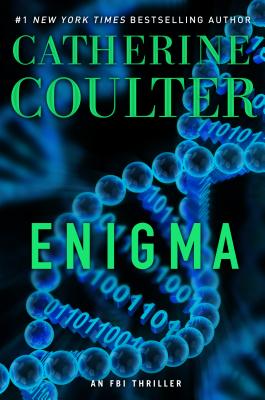 By Catherine Coulter
$38.99
Email or call for price

The highly anticipated twenty-first FBI thriller by #1 New York Times bestselling author Catherine Coulter presents Agents Savich and Sherlock with two baffling mysteries. Working with Agent Cam Wittier (Insidious) and New York-based former Special Forces agent Jack Cabot, they must race against the clock to catch an international criminal and solve the enigma of the man called John Doe. When Agent Dillon Savich saves Kara Moody from a seemingly crazy man, he doesn't realize he will soon be facing a scientist who wants to live forever and is using "John Doe" to help him. But when the scientist, Lister Maddox, loses him, he ups the stakes and targets another to take his experiments to the next level. It's a race against time literally as Savich and Sherlock rush to stop him and save both present and future victims of his experiments. In the meantime, Cam Wittier and Jack Cabot must track a violent criminal through the Daniel Boone National Forest. When he escapes through a daring rescue, the agents have to find out who set his escape in motion and how it all ties into the murder of Mia Prevost, the girlfriend of the president's Chief of Staff's only son, Saxton Hainny. It's international intrigue at the highest levels and they know they have to succeed or national security is compromised. Featuring Coulter's signature "breakneck plot and magnetic characters" (Huffington Post), Enigma is a shocking thrill ride that will keep the you turning pages as fast as you can.