One Second After (MP3 CD) 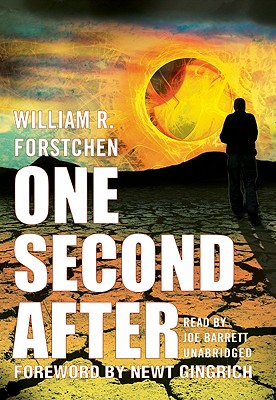 By William R. Forstchen, Newt Gingrich (Foreword by), William D. Sanders (Afterword by)
$29.95
Backordered or Out of Print

This is book number 1 in the One Second After series.

In a small North Carolina town, one man struggles to save his family after America loses a war that will send it back to the Dark Ages. Already cited on the floor of Congress and discussed in the corridors of the Pentagon as a book all Americans should read, One Second After is the story of a war scenario that could become all too terrifyingly real. Based on a real weapon--the electromagnetic pulse (EMP)--which may already be in the hands of our enemies, it is a truly realistic look at the awesome power of a weapon that can destroy the entire United States, literally within one second. In the tradition of On the Beach, Fail Safe, and Testament, this book, set in a typical American town, is a dire warning of what might be our future and our end.