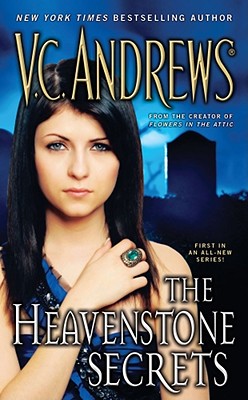 This is book number 1 in the Heavenstone series.

The Heavenstone sisters live with their mother and father in a grand old mansion in bluegrass Kentucky. Semantha, the younger and prettier one, is afraid of so many things— darkness, strange noises, mysterious whispers in the night. But nothing frightens her more than her sister, Cassie. She is older and wiser, and always telling Semantha what to do, what to wear, and how to behave around those wicked boys at school. Semantha has her eye on one special guy—but Cassie has other plans for her. In the Heavenstone house, big sister knows best.

When tragedy strikes like a lightning bolt from heaven, Semantha’s life becomes a living hell. Under Cassie’s constant, watchful eye, she feels like a prisoner—a helpless pawn in her sister’s cruel game. When Cassie begins wearing their mother’s clothes and vying for their father’s affections, Semantha realizes she must bring their twisted sibling rivalry to an end . . . before a new generation is born.