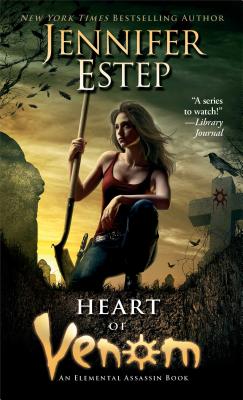 The hotly anticipated ninth novel in the hugely popular Elemental Assassin series finds Gin Blanco on a dangerous mission to rescue a friend.

When I say you’re a dead man, take that literally.

Up Ashland’s most dangerous mountains, and deep into the heart of its blackest woods—I’ll track these thugs no matter where they take Sophia. It doesn’t matter what kinds of elemental magic they try to throw at me, my Ice and Stone powers can take the heat and then some. I will get Sophia back, over their dead bodies.

Because anybody that hurts Gin Blanco’s family becomes a body.