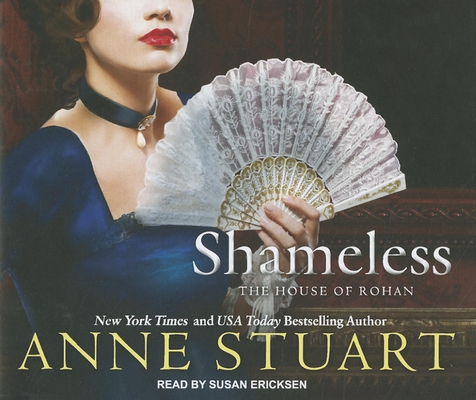 By Anne Stuart, Susan Ericksen (Narrated by)
Email or call for price.
Out of Print

This is book number 4 in the House of Rohan (Audio) series.

A long string of tragic loves haunts Viscount Benedick Francis Alistair Rohan. Cool and cynical, he's weary of life's fickle games and wants a prim and proper wife he can ignore while indulging his sensual appetites. Lady Melisande Carstairs is nothing less than a tornado storming into Benedick's measured life. Possessed of boundless energy and the soul of a reformer, Melisande always conquers, whether it's saving the souls of soiled doves or seducing the man she's inconveniently fallen for. When she informs Benedick that his brother's newly revived Heavenly Host has graduated from simple carnal debauchery to sadistic violence, he's compelled to investigate, undercover. Under those covers, however, is Melisande herself, playing a dangerous game in the name of justice. And the Heavenly Host has just seen her hand, and more.