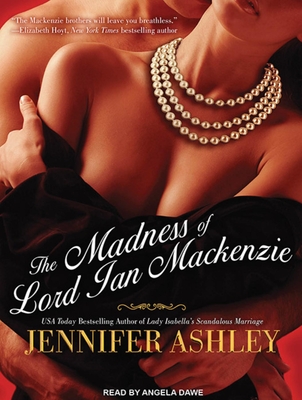 This is book number 1 in the Highland Pleasures series.

It was whispered all through London society that he was a murderer, that he'd spent his youth in an asylum and was not to be trusted-especially with a lady. Any woman caught in his presence was immediately ruined. Yet Beth found herself inexorably drawn to the Scottish lord whose hint of a brogue wrapped around her like silk and whose touch could draw her into a world of ecstasy. Despite his decadence and intimidating intelligence, she could see he needed help. Her help. Because suddenly the only thing that made sense to her was the madness of Lord Ian Mackenzie.

Jennifer Ashley is the "New York Times" and "USA Today" bestselling author of the Shifters Unbound series and the Mackenzies series, among other titles.

"The Mackenzie brothers will leave you breathless." ---Elizabeth Hoyt