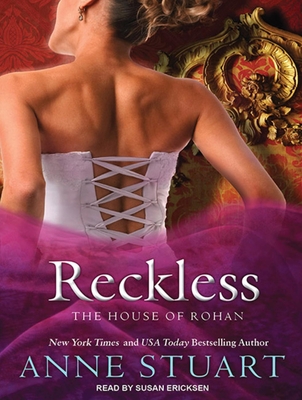 By Anne Stuart, Susan Ericksen (Narrated by)
Email or call for price.
Out of Print

This is book number 2 in the House of Rohan (Audio) series.

Adrian Alistair Rohan lost his faith, and now, a dedicated member of the depraved Heavenly Host, he loses himself in his only pleasure: the seduction and debauchery of beautiful women. Rich, charming, and devastatingly skilled in the arts of love, he never fails in his conquests...until Charlotte Spenser. Charlotte is facing a desolate, passionless future, none of which matters to Adrian, who imagines her a toy until better prey arrives. But beneath her drab exterior, Charlotte is a woman as enchanting as she is brilliant, and, lured into Adrian's world, she soon becomes the seducer and he the seduced.