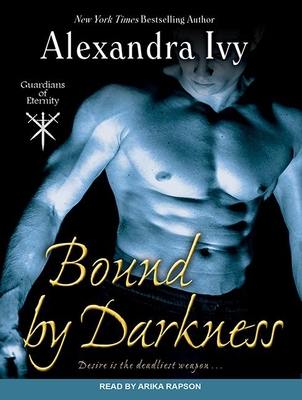 By Alexandra Ivy, Arika Rapson (Narrated by)
Email or call for price.
Out of Print

This is book number 8 in the Guardians of Eternity series.

The Sylvermyst have a reputation as sinister cousins to the fey, and none are more mysterious than Ariyal and his tribe. To save his people from banishment, he sold himself to the evil Morgana. Finally free, he faces a new challenge: Jaelyn, an elite vampire warrior sent to capture him. By rights, he should kill her on sight. Yet he cannot bring himself to hurt her-or to resist her . . . Jaelyn is stunningly beautiful, utterly lethal-and always alone. Until Ariyal. From their first encounter, she knows that what's between them is more dangerous than simple lust. And as they unite to thwart a terrifying prophecy that will mean the end of his clan and of the world they know, she will risk everything to fulfill her destiny by his side.