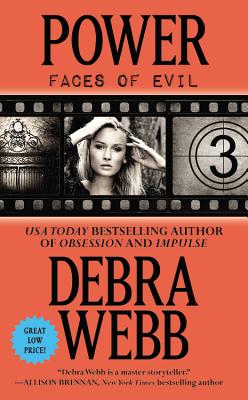 This is book number 3 in the Faces of Evil series.

Agent Jess Harris is back in another thrilling installment of Debra Webb's Faces of Evil series.

Jess is ready to start the next chapter in her life as the new deputy chief of Birmingham's major crimes division. But with her first love, Chief of Police Dan Burnett, acting as her new boss, it looks like Jess won't be able to put the past behind her that easily.

Jess has decided to focus all of her attention on work when a celebrated ballet instructor is found dead by one of her students. Though Jess's instincts tell her otherwise, the death is ruled an accident, and the case is assigned to another division. Still, Jess can't shake the feeling that there's more to the story, and her investigation leads her into the worlds of Birmingham's gang culture and its powerful elite.

Now Jess's investigation has dug a little too deep, and there's a target painted on her own forehead. Will she be able to solve the crime before her own life is in jeopardy?

"Just when you think Debra Webb can't get any better, she does. Obession is her best work yet. This gritty, edge of your seat, white knuckle thriller is peopled with tough, credible characters and a brilliant plot that will keep you guessing until the very end. Move over Jack Reacher - Jess Harris is comin' to town." -- Cindy Gerard, New York Times bestselling author, award winning author of the Black Ops, Inc. series

****"Jess Harris doesn't have to go looking for trouble--it finds her. Jess is one of the toughest, smartest, most stubborn lady cops to strut the pages lately, but Webb's given her just enough vulnerability to keep her likable. This third entry in the Faces of Evil series is a hard-to-put-down police procedural with pitch-perfect voice, well-developed characters and a setting that is as much a part of the cast as the protagonists."—RT Book Reviews