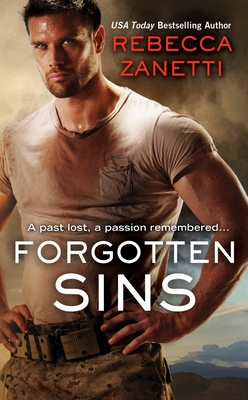 By Rebecca Zanetti
$7.99
Backordered or Out of Print

From the New York Times bestselling author of the Dark Protectors series comes a sexy romantic suspense full of "twists and reversals" (Publishers Weekly) that will keep readers' hearts pounding until the very last page.

His Secrets Can Destroy Her

From the moment Josie laid eyes on sexy, mysterious Shane Dean, she was in love. Their desire ignited a passionate affair, and within weeks, Shane had slipped a ring on her finger. It seemed her every fantasy was coming true . . . until her new husband disappeared without a trace. Now, two years and one broken heart later, Josie is shocked when the hospital calls: Shane has been found . . . at a crime scene with no memory of how he got there.

Her Love Can Save Him

Shane can't remember the blue-eyed angel at his bedside--or who he even is--but he knows something isn't right. His hearing is razor sharp, his physical strength incredible, and the urge to protect Josie overwhelming. For powerful enemies are hunting him, and Josie is the key to discovering why. As Shane struggles to unravel his past, dangerous new truths come to light. Can he protect the only woman he's ever loved? And can Josie trust a man she thought she knew--one who carries such a deadly secret?

Rebecca Zanetti is the author of over twenty-five romantic suspense, dark paranormal, and contemporary romances, and her books have appeared multiple times on the New York Times, USA Today, and Amazon bestseller lists. She has received a Publishers Weekly Starred Review for Wicked Edge, Romantic Times Reviewers' Choice Award for Deadly Silence, Romantic Times Reviewers' Choice Nominations for Forgotten Sins and Sweet Revenge, and RT Top Picks for several of her novels.

She lives in the wilds of the Pacific Northwest with her own alpha hero, two kids, a couple of dogs, a crazy cat . . . and a huge extended family. She believes strongly in luck, karma, and working her butt off . . . and she thinks one of the best things about being an author, unlike the lawyer she used to be, is that she can let the crazy out. Find Rebecca at: www.rebeccazanetti.com


"Fans of romantic suspense will enjoy the twists and reversals that Zanetti puts her protagonists through."
--Publishers Weekly on Forgotten Sins


"Hot and fast from beginning to end!"
--Kate Douglas on Fated


"Everything you could want in an action/adventure is in this book. Wow, just wow Rebecca Zanetti...Forgotten Sins in nonstop action and drama. It is a fantastic start to a new series. One I will be waiting for with anticipation."
--K&T Book Reviews on Forgotten Sins